Give us a Call: 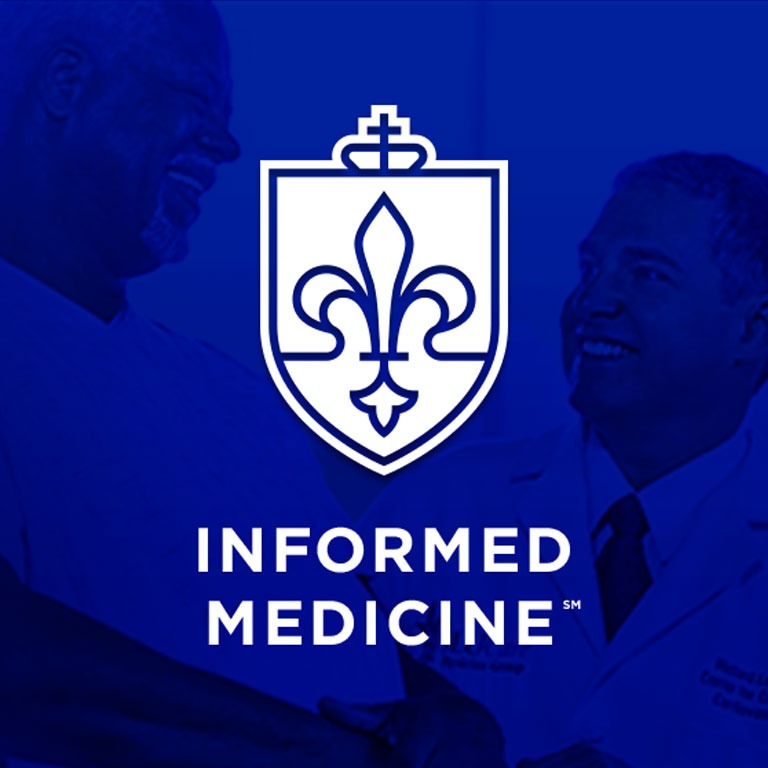 An academic medical practice associated with Saint Louis University, SLUCare Physician Group offers world-class healthcare through more than 500 providers in the St. Louis region. SLUCare wanted to clear up confusion about its name, build awareness of its physician group and create a more defined position in the market. The effort would need to rally numerous key stakeholders, physicians and staff, as well as increase patient visits. Dovetail conducted research among internal stakeholders, current patients and prospective patients. Our findings revealed an opportunity to leverage SLUCare’s leading edge treatments and collaborative, compassionate approach to care based on their Jesuit tradition. This position became the foothold for an innovative campaign called “Informed Medicine.” In pre-testing, prospective patients deemed the “Informed Medicine” messaging as highly compelling. During meetings to launch the new platform internally, stakeholders and staff members excitedly described it as a breakthrough way of showing SLUCare’s philosophy of care.

Empowering patients with the latest in advanced medicine and a collaborative approach to care.

The launch spots featured SLUCare physicians interacting with their patients and doing what they do best — listening — which is the embodiment of Informed Medicine.

To extend the campaign, we reimagined the idea of Informed Medicine to center around a patient’s perspective. If you encounter a potential medical issue, where do you go first? The internet. In the spots, a simple search, escalates to frantic typing with a finely-tuned audio bed of chaotic sound effects. The tension turns to a serene state of calm when the patient finds SLUCare Physician Group, illustrating that SLUCare has the informed answers you need, and the compassionate care to accompany it, during those uneasy moments.

We believe every brand has ownable positioning, even if it doesn’t seem obvious.
Below are more of our selected brands reimagined for future success.

The largest U.S. medium-sized hub was in desperate need of an identity. It all came together… with a little hustling.
Learn More

Known for always going the extra mile to make guests happier and their journey easier, Drury Hotel rebranded with the platform, “Travel Happy.” While the actual hotel experience exemplified this completely, the online experience was in need of updating.
Learn More

A monument to westward expansion and beacon of tenacity, this landmark was in dire need of a platform on which to stand…
Learn More

Subscribe to our Dovetail Reimagination tips and news. We’ll never flood your inbox and only send you the good stuff.